From 2006:
“So, Montenegro is now a nation. The last remaining non-Serb republic in Yugoslavia flew the coop…and joined Croatia, Macedonia, Bosnia . . . hang on, isn’t it Bosnia-Herzegovina? Or has Herzegovina split, too? Who knows? Slovenia’s independent…and Slovakia. Slavonia wasn’t, or not the last time I checked. But East Timor is, and Tajikistan and Uzbekistan and every other ‘Nickelandimistan’ between here and Mongolia.

“What’s the big exception to this otherwise universal phenomenon? Answer: a certain distinct society at the eastern terminus of the 401. It turns out Quebec truly is a distinct society: it has the most inept secession movement of any jurisdiction on the planet. Everywhere’s independent now. But not ‘la belle province’… 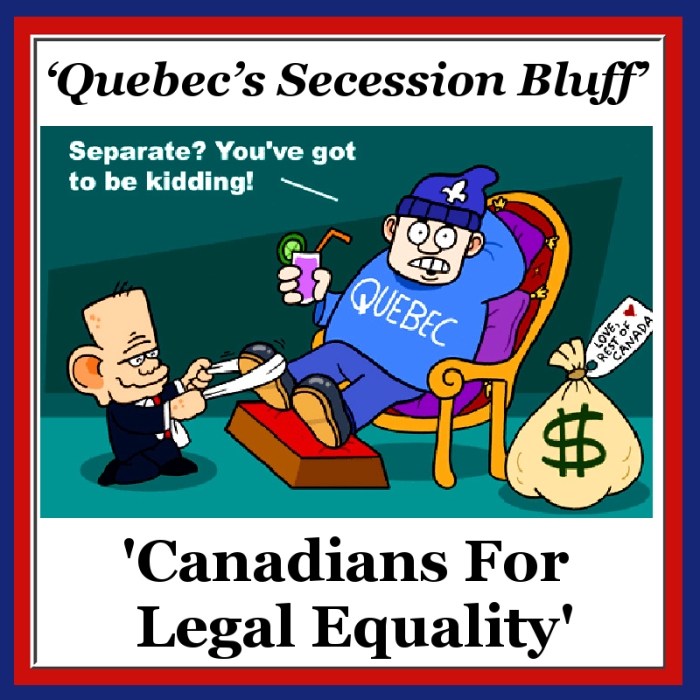 “Up to the eighties, the Cold War provided useful cover for Quebec’s bluff: the map was, for the most part, frozen. But, in the wake of the Soviet collapse, any folks who thought they were a nation could pretty much be one. And evidently Quebecers don’t, not in any meaningful way. Why not? They’ve got all the characteristics of a nation. Compared to their nominal compatriots, they speak a different language, they come from a different ethnic stock, they have a different (albeit mostly residual) religion. By contrast, Montenegrins are all but identical to Serbs in lingo, race, religion and culture. And yet 600,000 fellows up in the hills now have their own nation, and seven million Quebecers don’t.

“You’ll search hard in Quebec for any signs of affection for Canada. The symbols of the state are all but absent. You can drive for hours in the hinterland and not see a single Canadian flag flying from anything other than a post office…

“You’d be hard put to find anyone in Quebec City who considers himself Canadian, outside a few tourists in the bar of the Chateau Frontenac. Quebec “nationalism” did a grand job at lowering the province’s Canadianness to all but undetectable levels. What they failed to do was provide anything to put in its place. It’s an old political axiom that you can’t beat something with nothing. The Péquistes were very effective at transforming the Canadian something into a big nothing, and then they left it at that. But it seems you can’t beat nothing with nothing. Quebec nationalism successfully semi-detached itself from Canada, only to run out of gas in no man’s land.

“According to Conrad Black, Pierre Trudeau used to say that, if it were a straight yes-or-no vote, Quebecers would never vote for independence. Whether or not that’s true, Trudeau succeeded in head-faking René Lévesque and his successors into watering down “separatism“, to the point where it’s now the only separatist movement that doesn’t involve separating…

“Unfortunately, the fact that Quebec secession is never actually consummated became the central dynamic in Canadian politics: other countries have to cope with separatist movements; Canada had to cope with a never-quite-separating separatist movement and over the years, the Dominion’s national identity took on many of the weaknesses of Quebec’s “national” “identity“.

“A decade ago, I characterized the interminable Québécois sovereignty dance as Canada’s ‘Hokey Pokey’: Sometimes they’re in, sometimes they’re out, but mostly they just want to shake it all about. That’s how it’s likely to go for another decade or three. It would be better for both parties if Canada seceded from further participation in Quebec’s phony independence movement.” 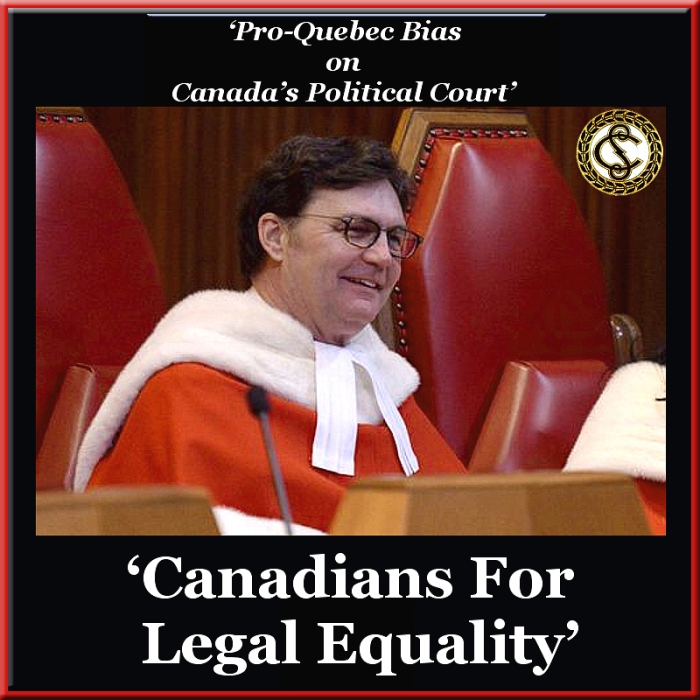 See also:
‘Pro-Quebec Bias on Canada’s Political Court’ {January 2, 2018}:
“Relying on a discriminatory tradition that favours Quebec, the Prime Minister has appointed another Quebecker as Chief Justice of the Supreme Court of Canada…”
https://canadiansforlegalequality.wordpress.com/2018/01/02/pro-quebec-bias-on-canadas-political-court/